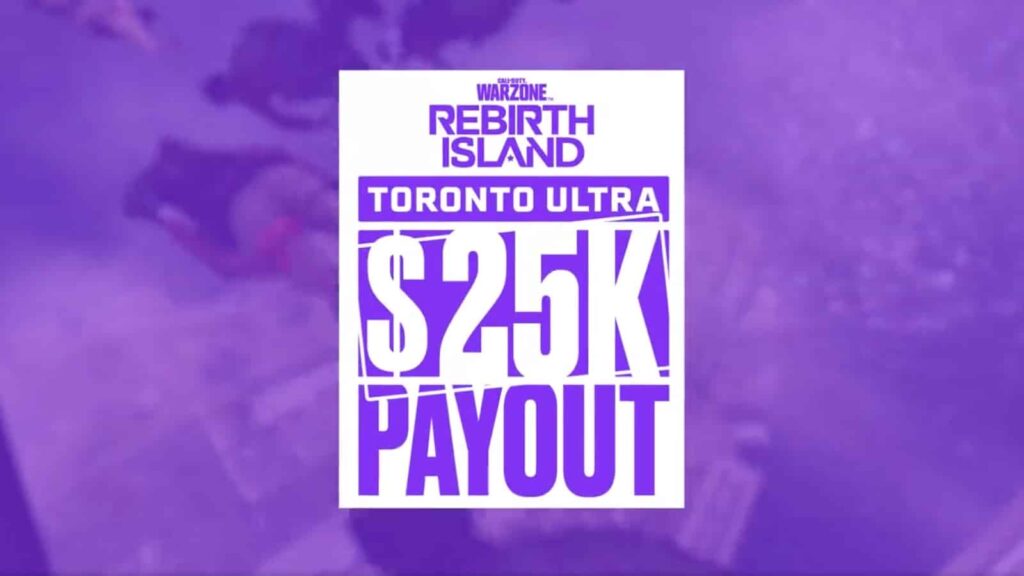 Call of Duty League franchise Toronto Ultra just hosted the most recent 25k Warzone event at Rebirth Island and while Team Unrational was unstoppable throughout the day we’ve provided you with an in-depth account of the way the action unfolded.

Keeping the ball rolling with high-stakes Warzone events, Toronto Ultra was the latest to host a $25K tournament. Just days after Team Summertime’s $15K event , many of the same CoD pros were out for revenge though this time, they were dropping into Rebirth Island instead.

If you didn’t catch all the excitement here’s a complete description about how Rebirth customs worked.

Six custom lobbies filled with Warzone’s most sweaty players brought six intense matches where only the most skilled players were able to win. Although CDL pros were present for the event and included Ultra’s Kickoff Classic champs, they mostly remained in the dust.

It was instead top Warzone players who was able to keep pace with the top CoD players. Aydan, Swagg, Tommey and Smixie all contributed to guiding their teams higher in the standings however it was the Unrational team that stood out over all the other teams.

The day ended with the score of 132 kills, which is a significant advantage in the race over Team Aydan in second place, Team Unrational was the straight-forward winner after just six games.

The team not only perform the most impressive overall performance however, Scummn was the best individual player, with 47 kills.

The event was streamed via Toronto Ultra’s Twitch channel. However, fans were also able to view individual POVs of players playing.

Top three teams that had the highest number of kills at the finals of the tournament were awarded $1,500, $1,000 and $500 in addition to the winner of each lobby receiving an additional $2,000 in cash.

Then, $10,000 was split among the participants based on their kill total at the conclusion of the competition.

For CDL veterans to Warzone’s top streamers the $25K Payout event was filled with the best talent. Here’s a complete review of every team: