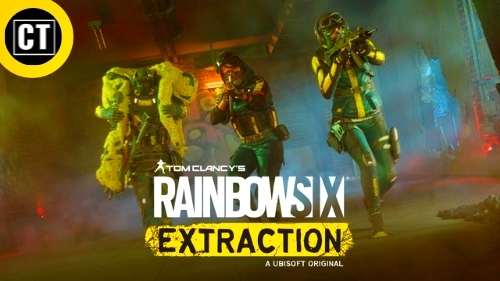 Rainbow Six Extraction is a tactical co-op shooter game where Rainbow Six operators dropped into alien territory. In the gameplay, we investigated anomalies identified at the orpheus research center in Alaska.

In the whole gameplay, we got instructions for HQ. You will get character abilities to complete objectives. You will assist each other and obliterate aliens in their way.

You will get 3 subzone or objectives which you need to complete. One is more dangerous than the other. So, stay alert.

The first and second zones are difficult but the last zone is the most difficult zone. Here you need to show your teamwork. In the last subzone, you will get many powerful mobs like a lurker, tormentor, etc. To learn more about these aliens please scroll down.

The enemies react to intrusions in their ecosystem including operators, so stealth tactics are the way to go. You will fight with many types of aliens like

Grunt: Easy for a nest to incubate and bring to life. Not so easy to eliminate a large number.

Sprawl: The parasite generates sprawl a substance to connect the whole ecosystem. Alert and aliens and a nearby nest wake up too. We can move faster and sprawl but operators slow down.

Rooter: It can immobilize anyone in front of it so sledge will swing around back

Spiker: It can fire armor-piercing projectiles

Smasher: This is a very powerful Alien. You need to fight a long time to defeat this alien.

Lurker: It can make any alien invisible.

The squad can use their react to light to see bioluminescent properties on aliens and in the environment.

Alibi can deploy Prisma holograms. It will create a hologram and attract all Aliens to them. You can use this to kill dangerous Aliens like Spiker.

You can plant it on the ground. And it will shoot the nearby enemies. This is a very powerful weapon.

It will alert you before anybody comes to attack you.

So this is the information that we have found in the gameplay of Tom Clancy’s Rainbow Six  Extraction. You can pre-order this game from the official site our Ubisoft.

Hope you enjoyed this blog if you enjoyed it then don’t forget to subscribe to our newsletter and give you feedback on the comment box.

Rainbow Six: Extraction is due to release on 16 September on PC, PS5, PS4, Xbox Series X, Xbox Series S, and Xbox One.

On which platform will Rainbow Six Extraction be released?

When will Rainbow six Extraction released?

What type of game Rainbow six Extraction will be?