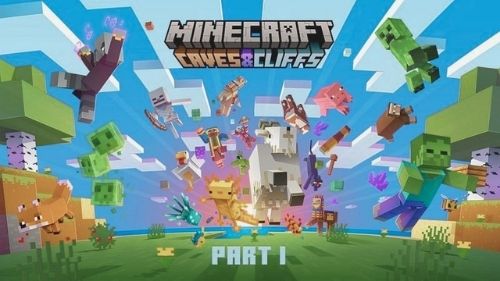 Minecraft is one of the most popular games. And a very big update is coming to Minecraft. Developers said that this will be one of the biggest updates on Minecraft. In this blog, we will talk about new features and items which have come on Minecraft the 1.17 Caves & Cliffs Update Part 1.

The update will come in two parts. The first has already been released on 8th June. But the second part will be released on the Holiday of 2021.

What are the new features added to Minecraft the 1.17 Caves & Cliffs Update Part 1?

In this Update, We got many items. So, we give a list of it.

And Also Extra changes in Minecraft.

The official Minecraft website has a list that goes into extreme detail on each different block, biome, item, and mob’s new behaviors, effects, and features.

Minecraft Cave & Cliffs update Part 2 will launch in the holiday of 2021.

What version are the caves and cliffs update?

Ans: The caves and cliffs update in the 1.17 version.

When Minecraft 1.17 update will be released?

What version are the caves and cliffs update?

The caves and cliffs update in the 1.17 version