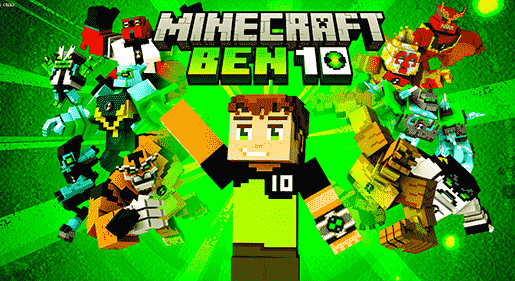 Minecraft is one of the most popular games in 2021. A big update is coming on Minecraft. This update will be released in two parts. The first part will be released on 8 June. With this, they have decided to collaborate with cartoon networks. They want to release a DLC pack of Ben 10.  We know Ben 10 is a very popular cartoon series. And this is coming on Minecraft. It has come in two modes. Story mode and free roam mode. And this DLC has been released. You can download this from the official website of Minecraft. Let’s know about Minecraft new update.

In this story mode, you help the main characters of the show  Ben, Gwen, and Grandpa Max. To find the Omnitrix’s lost DNA. You will fight against the villains like Vilgax, Zombozo, and Kevin 11 by playing as the alien characters of Ben.

In the free roam mode players can access all the aliens. Players also have an offer where they can claim a custom Ben 10 t-shirt.

In the cave update part one you will have axolotl, goat, glow squid and glow ink. With this, you can also able to access amethyst, dripleaf, and copper block in the Creative mode.

You can see far using Spyglass crafted with certain items. In this update, you can also find lightning rods.

The caves will be bigger. You can fly with Elytra on these caves, So you can imagine how large they will be. Every Cave will have ponds that will be connected with other Caves.

This update will be one of the biggest updates of Minecraft. So don’t forget to update your game on 8th June 2021.

Minecraft ben 10 DLC is not free. You need to buy this. You can check out more information on the official website of Minecraft. This DLC is not so expensive. But If you want to download this game for free then you can search it on google.

Thanks for reading this blog. Hope you enjoyed it. Don’t forget to subscribe to our newsletter to get more gaming updates.

What is coming on Minecraft Ben 10 DLC?

It has come in two modes. Story mode and free roam mode. And this DLC has been released. You can download this from the official website of Minecraft.

When will the new update of Minecraft come?

The update will come in two parts. The first part will be released on 8 June.

Is Minecraft for free?

No Minecraft game is not free at all.

The digital world has been in love with Minecraft for years. There’s a downside to the game, though: it can’t be played offline at all. Just like any other computer program that you install on your laptop or PC, there are bugs and glitches here-and-there; but what sets this apart is its lack of options when off an internet connection – nobody wants their creation gone because they happen not to have WiFI access!

The Minecraft video game was created back in 2009 by Swedish programmer Markus Persson aka Notch who then sold his company Mojang AB two months later without ever making a cent from sales revenue  of $2 billion+. The current version available online allows players use pretty much any browser as long as.

Yes
No
PrevPreviousXbox series s vs ps5 – An ideal solution for every gamer
NextWhy PC games are better then Mobile games? – Future of mobile gamingNext