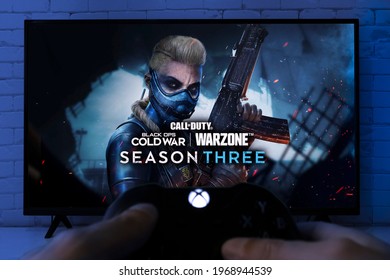 Activision has announced that the Call of Duty Warzone has completed 100 Million Players. This is very good news for Warzone Players.

Just 24 hours after launch we reported that they had already reached 6 Million Downloaders.

Just 1 week after the launch they had already reached 15 million downloaders.

And after 10 days of launch, they had already reached 30 million plays.

Finally, a survey of 10,000 teens revealed that the Call of Duty Warzone overtaken Fortnite the most popular Free-To-Play Battle Royale.

This is a very big thing. Because Fortnite is a very popular battle royale game. And the size of the COD warzone is almost 120 Gb. But the size of Fortnite is around 40 Gb. So, COD Warzone is bigger than Fortnite and you need a high-end pc to run this game. Most of the time low-end games are more popular than high-end games. But this time it has completely inverted.

COD Warzone season 3 will come with many other things. And this will be a very interesting season. Because this season comes with warzone success. So, Activision can give many free gifts in-game and many new events.


This month will be the historical month for Warzone players. So, if you are not downloaded this game then go ahead and download this. This is a completely free game.