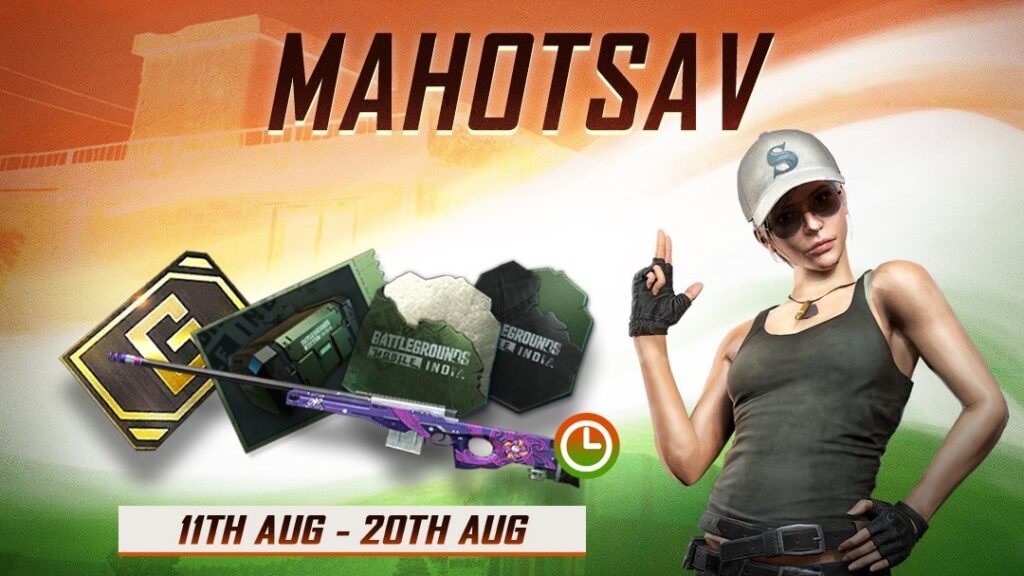 Battlegrounds Mobile India will be getting tons of new content. These include new skins and daily missions to celebrate Independence Day. The following statement was posted on the game’s Facebook page:

“Celebrations begin early!” Let’s celebrate Independence at the Battlegrounds! AWM Skin up for grabs: There are also new missions that offer players amazing rewards and unlockables every day! Check out the events center to see the latest missions and win with your squad!

Battlegrounds Mobile India’s Independence Day Mahotsav will be held for 10 days, from August 11 through 20. While adding new, time-exclusive items to the game is excellent, Krafton is also gearing up to reveal the game’s release date on iOS devices.

Although Krafton didn’t explicitly mention Apple or iOS in his post, it’s not difficult to spot the sign of Apple on the account’s latest social media post. The company has well aware of its fans’ please for a release of the game on iOS devices, and previous developments suggest that it might be coming soon enough. The game’s first India series tournament is also currently live, running until October 10.

Battlegrounds Mobile India is on track to reach 50,000,000 Android downloads. Krafton has now given away 48 million milestone rewards with 3x supply coupon scrap.