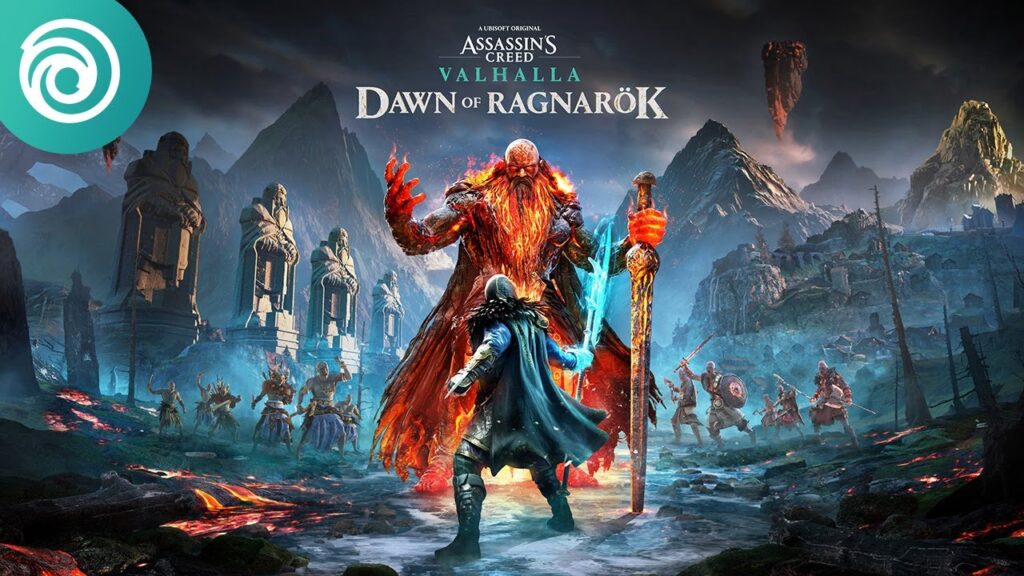 I was really hoping to enjoy Dawn of Ragnarok. Its premise, on paper, of exploring Norse mythology seems like an opportunity to really investigate some of the more fascinating gaps left by the Assassin’s Creed Valhalla storyline that promised Eivor an ability to summon gods. In reality, it’s an almost unchanged sequence of game play that is dressed as an epic adventure throughout in the Nine Realms. The replacement of European Kings in the form of giants or dwarves won’t alter the fact that all of the present-day adventuring fighting, looting, and looting remains identical to what it had been during the more than 150 hours in Valhalla which preceded it. What is the best way to introduce an entire new set of capabilities and not make anything seem new or distinct? Similar to both DLC expansions prior to it, this isn’t an unsatisfying disappointment of Asgardian dimensions however it’s an unsatisfying disappointment.

Dawn of Ragnarok, the third DLC expansion, is a re-telling of Christopher Nolan’s Inception and is more in-depth into the world of Eivor who is themselves as a virtual version of a viking from the past – makes use of trippy drugs to recreate the spiritual and mystical reconstruction of the lives of their gods’ religion in order to discover their own existential terror. This idea of Assassin-ception is an interesting metaphor in playing the game itself, as Odin constantly whispering threatening instructions to Eivor’s ears each whenever a new, more strange revelation is made about the true nature of their existence, however the plot isn’t as poetic in this version. It’s more of a simple tale of Havi’s (read Odin’s) search for his son Baldur from the demon who is burning Surtur.

The story is generally typical for this series as well as the Vahallaverse. The characters are well-developed and layered. Surtur as well as his children and his wife are all seen as enemies on the path of your ultimate goal But they each have their own motives and sometimes complex relationships with each other which make them more relatable than your typical cackling villain. The original inhabitants of Svarfenheim, the dwarfs, are as diverse in attitude and opinions like you would expect from a people that live in the midst of not just one but two groups of giants who colonize the land: some are willing to fight, while others are determined to stay calm and be afloat. Everyone has their own view regarding what the All-Father signifies to them. I found the conversation with locals to figure it was enjoyable if not for nothing else.

The beauty of the landscape is distinct from the other thousands of miles of terrain Eivor has traversed to reach this point.

Svarfenheim is packed to the brim with surroundings that fit the description of an ancient legend. A lot of the area appears like the lush, beautiful landscapes found in the majority of places located in England, Norway, or Ireland. It has a sort of Peter Jackson’s Lord of the Rings sort of look in which everything appears to be an image of natural landscapes within the actual world (ie New Zealand), with the occasional huge dwarf statue or massive mountains made of pure gold. It can get a bit weird when you see huge stones floating around in the air, or a burning tree root tentacle that is crawling through the air. This creates a peaceful but sometimes chaotic landscape that has the ability of being unique among the vast expanses of the land Eivor has explored to the point at which he is.

It’s disappointing to find that you’ll be performing the same thing you’ve been doing for the past year and a half (yes, Valhalla came out in November of 2020) throughout the region of Svarfenheim. Making sure you’ve completed your map goals by discovering treasures and other mysterious landmarks isn’t more interesting by an incarnation of the God of gods. The new light-based puzzles that are available are few and far in between. World Events return from the base game, but they are tiny variations of quests, which are inconsistent in terms of quality and the reward for the completion. The game has new items to hunt as well as the latest elite hunters to find as well, but the method of completing these missions is the same as before.

The most significant and effective new feature in Dawn of Ragnarok is the Hugr-Rip. It’s a new bracer that allows you to take the powers of certain opponents and make them your own. This means you can grant yourself fire or frost power for a brief duration, making you immune to certain elements, and the ability to dip into the lava flow without burning to the point of burning, for example. You can also pretend to be the enemy to gain access to camps, however I noticed that the novelty wears off quite quickly, because it’s really only exciting when the game forces you to take part, and is generally more troublesome than conventional strategies to eliminate threats. My most favorite power comes from a raven that was lowly which permits Eivor become a bird and fly around the globe or get to a strategically advantageous location without having to step back among the enemies. This is mostly to reduce the standard traveling time, but.

What really disappointed me was the limits of these capabilities. There can be only two active at any given time, and it isn’t possible to choose which ones you’d like from a set to be equipped. If you’re looking to alter your abilities in active play then you must find someone with the ability and steal the power away from them. If you are looking for a covert power, they are usually plentiful and well-placed however, all the other options are scattered and are difficult to trust. Even though a power that resurrects enemies killed to fight on your behalf is fantastic fun to play with but in actual use, I never was able to go away to locate a weak one to take on to prepare for the next challenge.

They’re basically just the same the same enemies that you’ve seen before however, they have black and blue skin.

I refer to “challenges” in a light way since you won’t see enough of them challenges in Dawn of Ragnarok. Boss battles provide a certain amount of a pushback, something that ordinary rank-and file enemies do not and that’s due to a specific technique or pattern that you need to follow. You can see the range of enemies pretty early within the 20 hours it takes to roughly complete the DLC’s reserve and there aren’t a lot of instances of combat which put all their strengths to good use. Most of them are familiar enemies however with the black and blue skin. The ones that are unique, such as Flamekeepers who are able to revive their fallen enemies into the fold, is simple to take down. When you’ve completed your quest in Kara’s Arena will be open and will offer combat that is the challenge that all combat fans are looking for. In addition to hurling waves at opponents both epic and mundane at your, you can turn up the intensity by adding boasts and modifiers that put restrictions on the battle, such as making each successive melee attack cause less damage unless you add the ranged attack. It’s a shame that this comes too late to the action.

A new type of weapon called the Atgeir is a weapon that aims to make combat more exciting slightly, allowing you to put your own short combinations by mixing heavy and light attacks to the max. Wide-arcing attacks are great to control crowds, but I did not feel that I was showing any imagination when I hit buttons in the way that more sophisticated action games such as Devil May Cry might. The game isn’t quite as radical as the scythe did used to be in Siege of Paris, but it’s still fun. You can upgrade the gear to a more Divine level too and insert a different type of rune into the game, however, as with the other micromanaging that tools and equipment in the game, you’ll be able to go through all through the game without feeling the impact.

A stunningly new setting aside, Dawn of Ragnarok doesn’t alter the formula that has been in place for years in Assassin’s Creed Valhalla to new levels in any meaningful way. The Hugr-Rip and the new range of supernatural powers are fun additions to the series, however they’re so infrequently used that they don’t seem to be a vital part of the game. Beyond that the 20 hours I spent playing Eivor’s alter-ego, the god of the show, is a lot like the previous 100+ hours I’ve played with them since the game’s main version was released fifteen months ago. It’s a consistently enjoyable game however, it’s is also frustrating and repetitive in the sense that I’m begging for a serious change in the way it performs. The only thing left to look forward to are the ways Ubisoft will adapt the systems we’ve seen each and every one of them to fit in a fresh design and set. The staleness of the largely unchanged gameplay flow does not do the stars and stories justice.